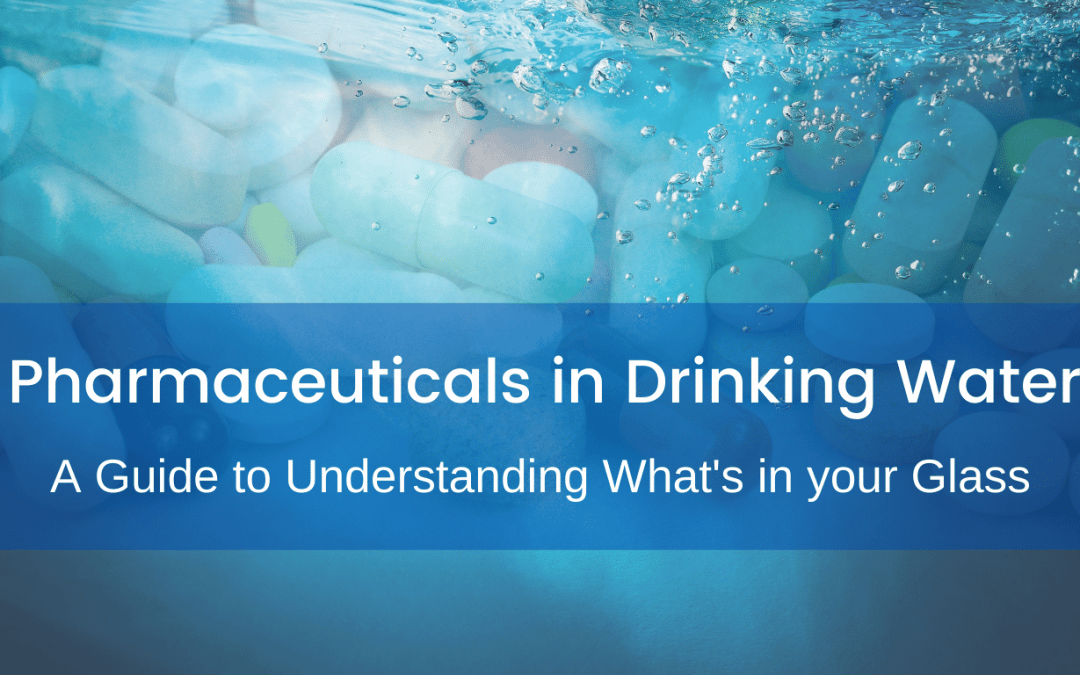 Did you know that more than 131 million Americans, or 66% of adults, take some form of the prescription drug every day? On average, those who use prescriptions take 4 pills, which doesn’t account for over-the-counter meds, vitamins, & other dietary supplements. According to the Quintile IMS, from 1997 to 2016, the number of prescriptions filled for American adults and children rose 85% from 2.4 billion to 4.5 billion a year.

So, should it be a surprise that scientists are finding remnants of pharmaceuticals in our tap water? The first discovery was back in 1999 when two chemists, Christian Daughton with the Environmental Protection Agency & Thomas Ternes with Germany’s ESWE-Institute for Water Research, published a report that revealed pharmaceuticals are present in our water cycle.

Even now, The United States Environmental Protection Agency (EPA) has confirmed that more unregulated pharmaceutical products (PPCPs) have been found in our nation’s water supply and at least 41 million Americans receive water that has tested positive for:

HOW MEDS GET IN YOUR DRINKING WATER

While researchers believe that the human body metabolizes about 90% of the drugs people take, 10% of those drugs still leave the human body and end up in the water supply. Human waste is one of the primary ways prescription drugs enter the water supply. When you take a drug, your body metabolizes it, taking in the parts it needs and passing the rest through your urine or stool. However, sometimes your body can sweat out the excess instead, which then runs down the drain during showering or leaks out of your clothes when you wash them.

Another main way pharmaceuticals end up in the water supply is when people flush their medications. Until relatively recently, the recommendation for disposal of unused or expired prescriptions was to flush them down the toilet. However, when researchers discovered that medication chemicals were lingering in the water supply, this recommendation changed and people began to find other ways to get rid of their medications, primarily through pharmaceutical take-back programs. or by mixing them with kitty litter or coffee grounds before throwing them in the trash. However, despite the change in recommendations, many people still believe that flushing is the right way to get rid of medications, so they still end up in the water supply.
Some people find it frightening that no agencies require water curing facilities for pharmacists emitting from the water supply. For example, the EPA requires water treatment facilities to be tested for about 90 different potential contaminants, but there are no drugs on that list. The federal government is trying to help local governments with this problem in several ways. For example, the Food and Drug Administration (FDA) created a take-back program to curb the practice of flushing medication down the toilet and made a list of acceptable flushing agents.

HOW PHARMACEUTICALS IN WATER AFFECT AMERICANS

When scientists find a drug in the water supply, it doesn’t stay there. If it’s in the water supply, it can impact what’s in the soil, air, and sediment around the area it passes through. It can also affect wildlife in a particular region. A recent study focused on zebrafish and the effects that even low concentrations of pharmaceuticals can have on them. Scientists recreated conditions in a lab environment to expose them to specific pharmaceutical toxins. The result was reduced reproduction, malformations and developmental problems in their embryos. Research and study are still in their infancy, and no one knows how it will affect people in the long run. This evidence is sufficient to provide concern for people who use and consume this water. Because there is no federal requirement for water treatment facilities to test or filter out pharmaceutical products, there is no way to say conclusively what people are consuming over time. Knowing the side effects that particular pharmaceuticals can have on the human body when ingested in other ways is highly likely to affect people to some extent. The most vulnerable population segments are particularly affected, including pregnant women, the elderly, and children. Children are particularly at risk because their bodies cannot filter out toxins like an adult body. There is also some concern about people developing resistance to specific drugs after prolonged exposure to small amounts, even in their water.

Your family deserves water that tastes clean, healthy and delicious. You can enjoy all these benefits if you invest in a water filtration system designed to filter out contaminants found in your drinking water. The CDC recommends reverse Osmosis Filtration to clean contaminated water. It is the most effective technology for removing as much as 97% of all impurities and toxins including Pharmaceuticals, PFOAs, Chlorine, Lead, Bacteria and more. When researching what’s best for you, look for the NSF nonprofit certification. The National Sanitation Foundation (NSF) is a nonprofit, third-party organization that develops, tests, and certifies standards for drinking water, food, and consumer goods in the U.S. market. Based on the mantra, NSF tests with its own laboratories to “protect and improve human health worldwide. As a result, manufacturers, regulators and consumers expect NSF to meet public health standards and certifications for food, water, consumer goods and the environment. Products that are certified with the NSF seal of approval should assure you that the water filter you are investing in actually delivers what it promises.

AQUA CHILL NEW JERSEY has been providing the best drinking water system for Home and Office. 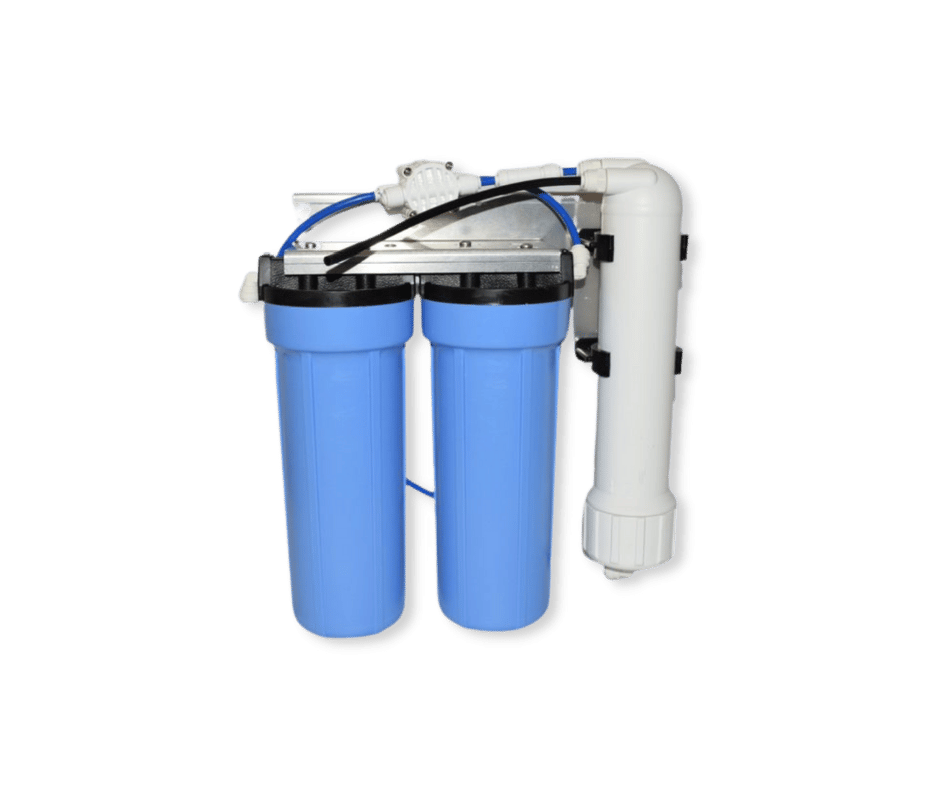 The Aqua Chill Reverse Osmosis Purifier is NSF certified and removes more than 97% of all particulates, including Pharmaceuticals, PFOAs, Lead, Chlorine, Asbestos and 81 other contaminants. Additionally, Aqua Chill can remineralize your water with our Alkaline Filter that adds Calcium & Magnesium back into the water, which are two essential minerals for optimum health.

Get REVERSE OSMOSIS Drinking Water for Home and Office 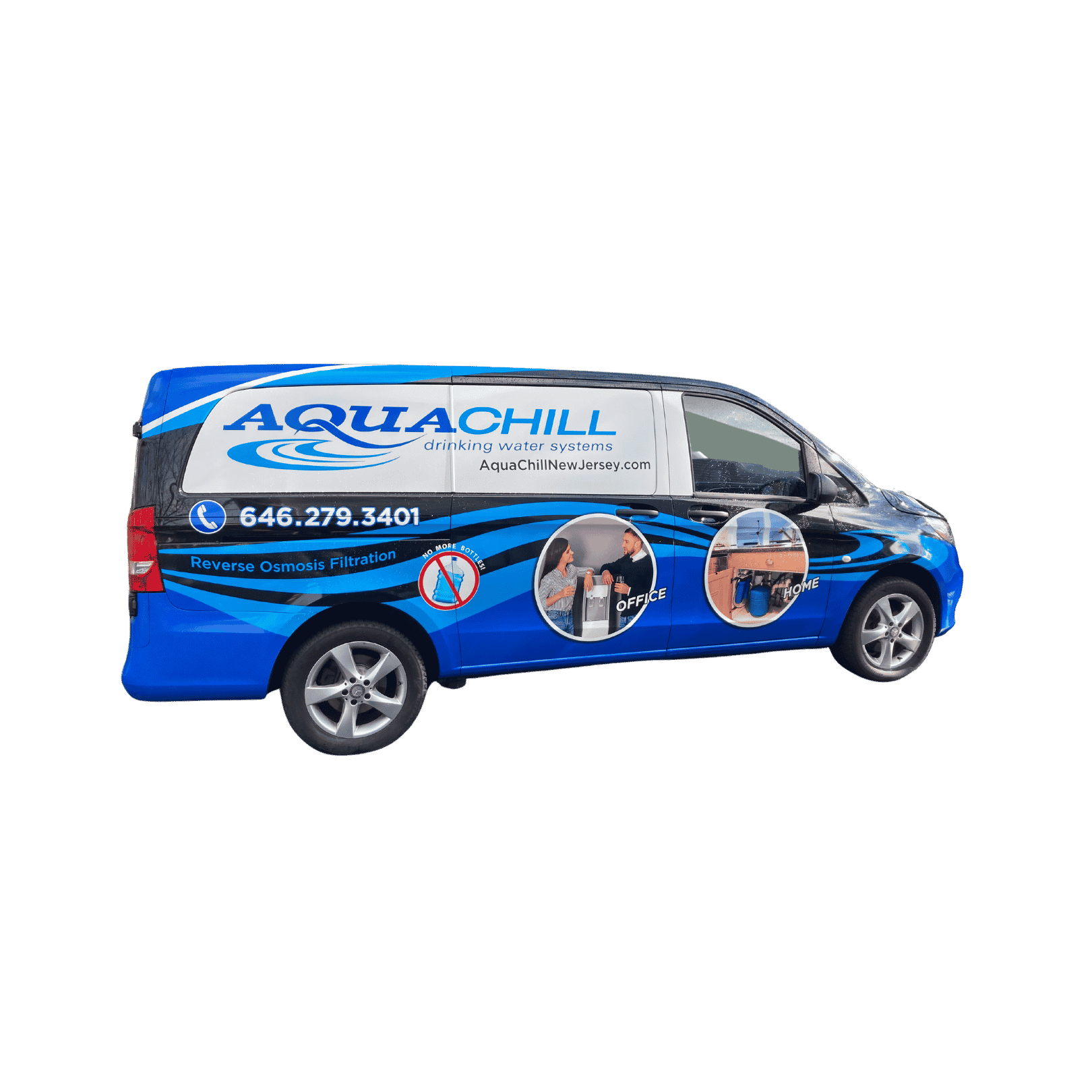 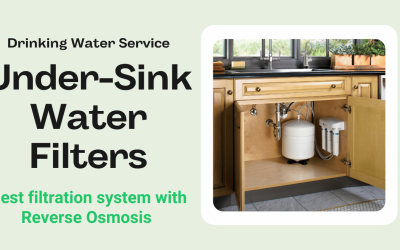 The recycling of plastic is practically impossible, and the problem is continuing to worsenThe large majority of plastic that people put into recycling containers is bound for landfills, or worse, as indicated by a Greenpeace report on the state of plastic recycling... 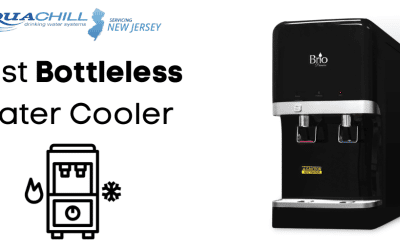 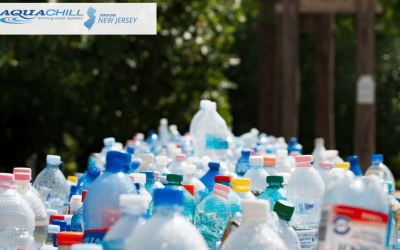